This is it folks, XFCE - the desktop environment that we use for TROMjaro - has had the big release. Two years in the making. And it is very exciting yet very unexciting. And that’s great actually. To push such a big release and yet not break a single thing on TROMjaro, is fantastic. From my tests everything works as before, and that’s why XFCE is awesome. It is stable, sane, and works!

Our Layout and Theme Switchers work as before. Our fixes? Work! So there is not much to say.

What is new? For most users nothing really, except 1 thing. There are lots of bug fixes and improvements but for the normal user they are not really noticeable.

The one big feature: THUNAR, the file manager. 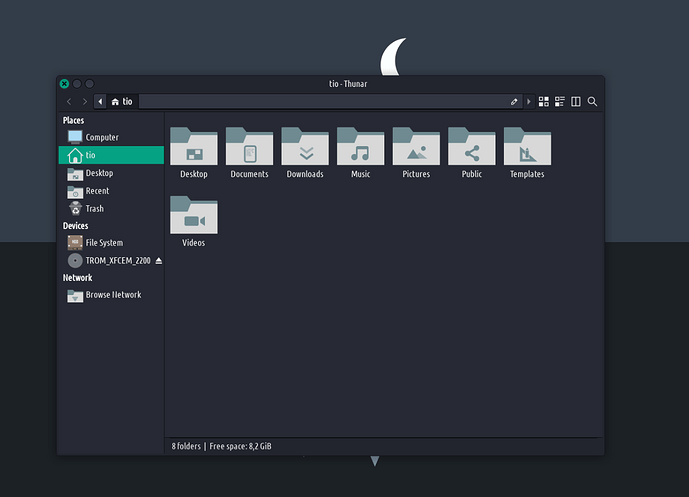 May not look much, but it is wonderful! Those buttons on the right side…

Switch between list and icon view, split view, and SEARCH. The feature that we did not have before. I know…crazy…but it had no such feature. Now Thunar, in my view, is the best file manager out there. A few months ago I made a detailed post about it, comparing it with Nautilus. So better read that if you want to know what’s new. Thunar vs Nautilus

Anyway, that’s all for now. A huge release yet, except Thunar, there is nothing of great importance and that is lovely.

Grab it from here.