I have pushed a previous version of the xfce4-windowck-plugin-xfwm4-theme-support package to our own repos so if you open the Add/Remove Software, click the menu, then click Refresh Databases, you should get that update. Please keep your system updated. If you do you do not need the bellow tutorial. After the update press CTRL+ALT+DEL to refresh the desktop.

For the past week the developer of the xfce4-windowck-plugin-xfwm4-theme-support package pushed an update that made the top window buttons for TROMjaro’s Unity layout to not work with your selected theme. These buttons: 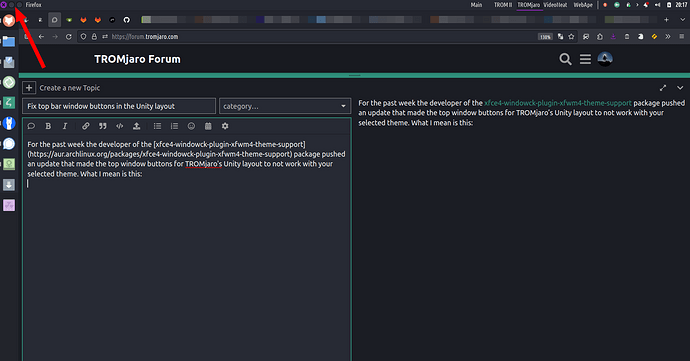 Would not sync with your selected theme, making them look ugly and at times invisible (dark on a dark panel).

While I reported this to the package maintainer and he said he will fix soon, you can also try and fix it yourself. Basically we need to revert back to a previous version.

Go to the folder /var/cache/pacman/pkg/ and there search for xfce4-windowck-plugin-xfwm4-theme-support - you can simply start to type the first two words like xfce4-windowck. You should see some packages there like so: 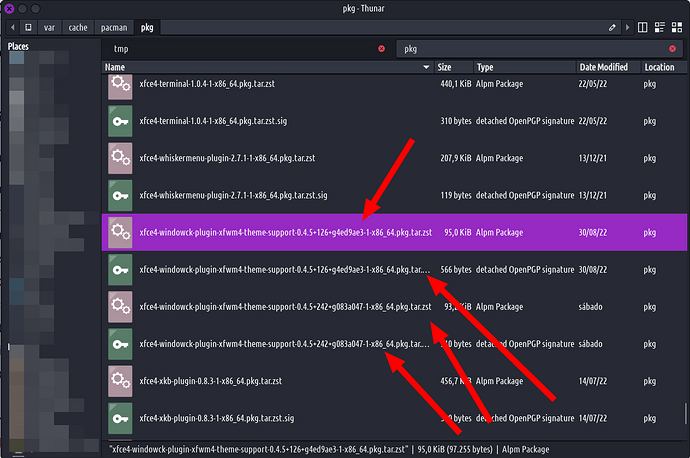 Now choose any except the most recently modified. For me I have one that was modified (see the date near it) on 30/08/22 and one “sabado” (saturday). So I want the one before it. This: 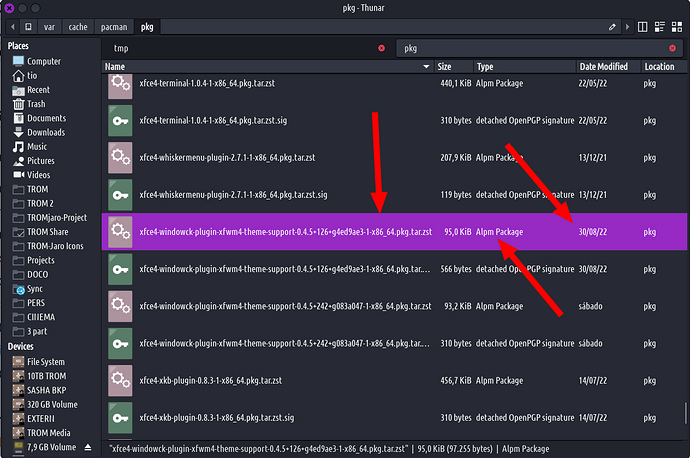 Notice it is the one that’s an Alpm Package. Click it, select to rename, copy the entire name (I mean all of it - select it all), then replace it in this command that you will add to your terminal:

In this case replace the xfce4-windowck-plugin-xfwm4-theme-support-0.4.5+126+g4ed9ae3-1-x86_64.pkg.tar.zst with the filename of your package (could even be exactly similar to my example). Paste all of that command in the terminal, enter, then you’ll be asked for a password and to confirm if you want to downgrade. Say “yes”. 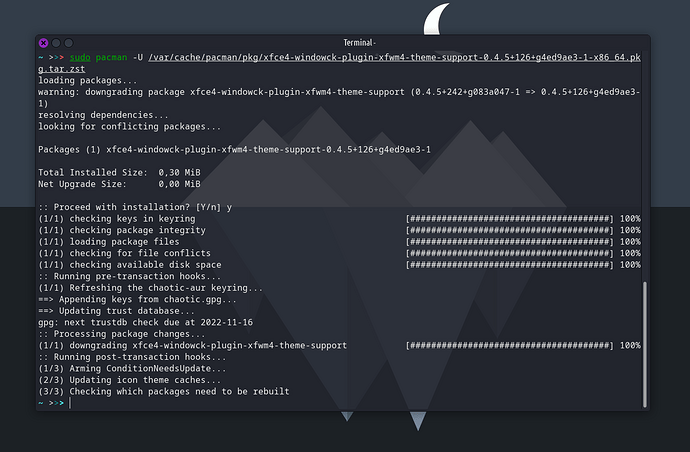 Now you downgraded. Make sure you to not update afterwards if you see this version of the package (just skip it): 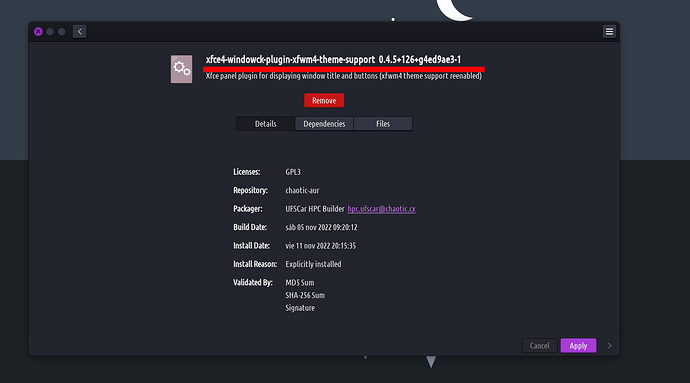 Press Ctrl+Alt+Del - that will refresh your entire desktop. Then reselect your favorite desktop theme and all should work.

Hopefully the package maintainer will fix it soon.